Local Contractor Ralph Rossi featured as expert contractor in National Magazines, Bus Billboards and on National TV for Benjamin Moore's "For Those Who Know More" campaign. 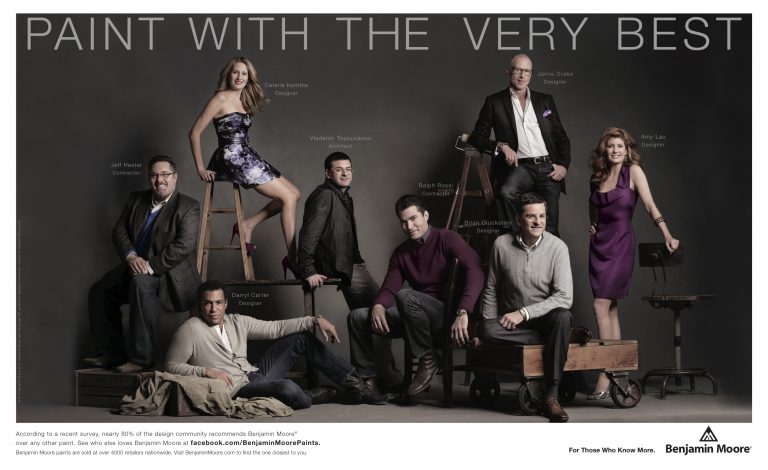 WESTCHESTER, NY: Friends and customers of Pratt & D’Angelo may notice a familiar face on the pages of the May national editions of House Beautiful, Country Living, Real Simple, Traditional Home, and Elle Décor. And, within the next few weeks, they may be further surprised when they turn on their TV’s. Already appearing extensively in National print media for Benjamin Moore’s ad campaign “For Those Who Know More,” Ralph Rossi, owner of Pratt & D’Angelo will soon appear on TV and Cable on the East Coast and beyond throughout 2010.

Located in Westchester, NY, Pratt & D’Angelo was recently recognized as The Very Best in The Business by Benjamin Moore Paints in their 2010 “For Those Who Know More” National Ad Campaign . The ad will be featured in national magazines, bus billboards, TV, and on an interactive Facebook page (http://apps.facebook.com/bmexperts/experts/51).

For its 2010 advertising campaign, Benjamin Moore has brought together eight top design and paint industry mavens who favor the company’s products and posed them in a photo portrait inspired by Vanity Fair’s Hollywood Issue covers.  The headline reads, “Paint With The Very Best” and is tagged with a double entendre final statement, “For Those Who Know More.”  It has been published as a double-page spread in the May national editions of Elle Décor and House Beautiful; and as a single-page horizontal in Country Living, Real Simple and Traditional Home, part of a regional buy that includes New York, Boston, Chicago, D.C. and San Francisco. Subsequently the ad will appear as a single-page horizontal in June, September and October issues of all five publications.

Though they are neither paparazzi prey nor household names, the eight personalities starring in the Benjamin Moore campaign are bona fide design and paint experts who, in the decorating world (and in the magazines where the ads appear), are recognizable and respected.  Perhaps the best known is interior designer Jamie Drake, whose celebrity clientele includes Michael Bloomberg and Madonna. Other interior designers who are featured are Darryl Carter, Celerie Kemble and Amy Lau. Canada, which accounts for approximately 15% of Benjamin Moore’s North American business, is represented by designer Brian Gluckstein and architect Vladimir Topouzanov. Two professional painting contractors complete the group: Jeff Hester, of Chicago-based Hester Painting and Decorating, and Ralph Rossi, President of Pratt & D’Angelo Painting, from Westchester County, NY.

Eileen McComb, Director, Corporate Communications, Benjamin Moore & Co. explains, “Ralph Rossi was chosen by Benjamin Moore Paints to represent the ideal contractor in our 2010 advertising campaign “Paint With The Very Best”. We requested Ralph join us because of his professionalism, depth of knowledge, dedication to service, and exemplary ethics — clearly his business is one that Benjamin Moore admires and respects. And we are proud that his company, Pratt & D’Angelo, specifies Benjamin Moore products.”

According to Deb DeHamilton, Senior Manager, Media and Web Communications for Benjamin Moore & Co, “Our management team loved our campaign ‘For Those Who Know More’ so much that they asked us to produce product specific TV spots that would highlight one of our designer/contractor testimonials.  The team selected Ralph Rossi’s comments for the Natura spot, since he said some great things about the product and benefits.”  The spot will be airing in NY Metro, Boston, Hartford and Providence in mid May and rolling out over other markets throughout 2010.

Benjamin Moore is aggressively using Facebook to unite the community of experts “who know more” with consumers who are hungry to learn more about decorating, design, color and paint. Visitors will be able to connect not only with the ad’s eight experts but also with dozens of other designers and hands-on painting contractors who Benjamin Moore will be regularly welcoming to join the site. Currently, video conversations with the ad stars can be viewed and there is an Ask the Experts tab, allowing a dialogue for advice and tips. On the flip side, the participating experts will have a forum for showing off their portfolio of work, a helpful promotional perq for their individual businesses. And, there will be occasional real-time live Ask the Expert sessions that will let visitors upload their own color/painting makeover projects to obtain suggestions and critiques from the professionals. Additionally, an Events tab will help direct consumers to local retailer programs, sales events and other in-store activities.

The campaign video can be seen on the Benjamin Moore Facebook page http://apps.facebook.com/bmexperts/experts/51.  Visitors to the interactive site are invited to ask the experts questions pertaining to painting and decorating.

House Painting Contractor and Carpenter Serving Westchester County, NY and Fairfield County, CT. Pratt & D’Angelo is a full-service interior and exterior house painting contractor that also offers expert carpentry services. Under the leadership of company founder and owner Ralph E. Rossi, Pratt & D’Angelo Services has emerged as one of the most trusted home improvement companies serving Westchester County NY and Fairfield County CT. Ralph grew up in this area and has spent much of his life immersed in the fields of home remodeling and new home construction before founding Pratt & D’Angelo in 1998. Today, Pratt & D’Angelo Services proudly serves anyone who requires the services a competent and honest house painting contractor and carpenter. We use products of only the highest quality and take pride in finishing projects on time, on budget, and always with superior customer service. Our company is a member of Painting and Decorating Contractors of America (PDCA) and was recognized by Benjamin Moore Paints in its “For Those Who Know More” national advertising campaign, where Pratt & D’Angelo was profiled as one of the top house painting contractors in North America.

Ralph Rossi was chosen to represent the Ideal Contractor in the 2010 Benjamin Moore campaign “Paint With The Very Best” because of his professionalism, depth of knowledge, dedication to service, and exemplary ethics.

We differ from most home painting contractors, and carpenters in that we adhere to a highly detailed “needs assessment” process. An estimator from Pratt & D’Angelo will come to your home or building and conduct an exhaustive, room-by-room evaluation. You will then receive a proposal that breaks down, in detail, the nature of the work that will be done. We even have a full-time color consultant on our staff who has received training from the prestigious Fashion Institute of Technology (FIT) in New York City. Together, you will be able to identify the most appropriate paints and paint colors for your home or residential complex in Westchester County and Fairfield County.

Pratt & D’Angelo offers interior painting, exterior painting, deck staining, custom carpentry & more for homeowners and property managers in Rye, Scarsdale, Greenwich, Stamford and beyond. Whether you need someone to paint your house, put up new wallpaper, or perform some type of carpentry repair, there simply is no substitute for expertise. At Pratt & D’Angelo Services, we make a concerted effort to hire, train, and retain nothing but the most dedicated carpenters and house painting professionals. Every one of our employees goes through a highly regimented, in-house training program where they are given instruction in many of today’s best home improvement practices. Along with this extensive training, Pratt & D’Angelo employees have earned a reputation for being unfailingly courteous, hardworking, and responsive to customer needs. 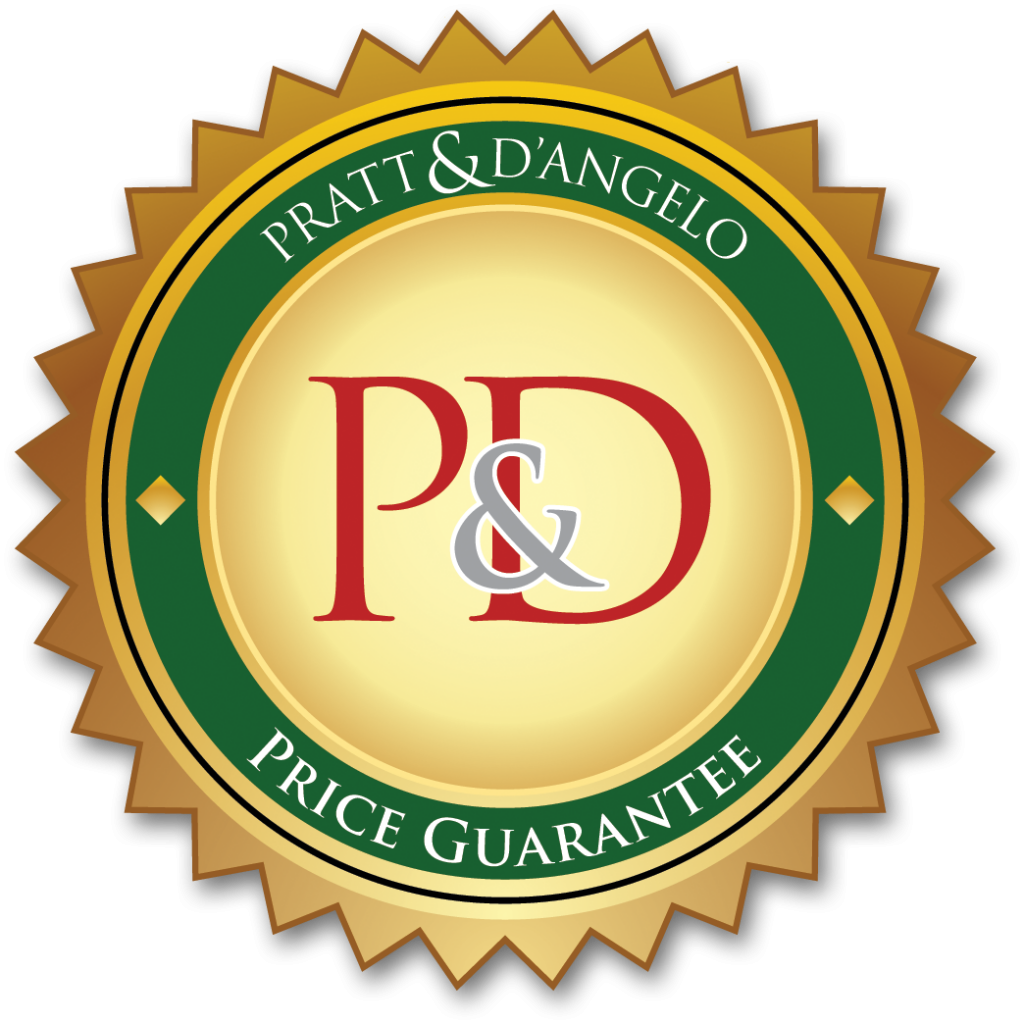 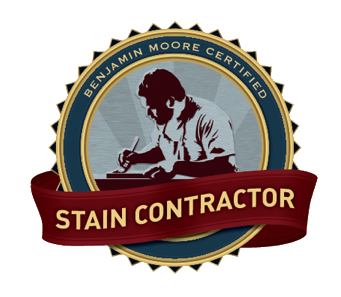 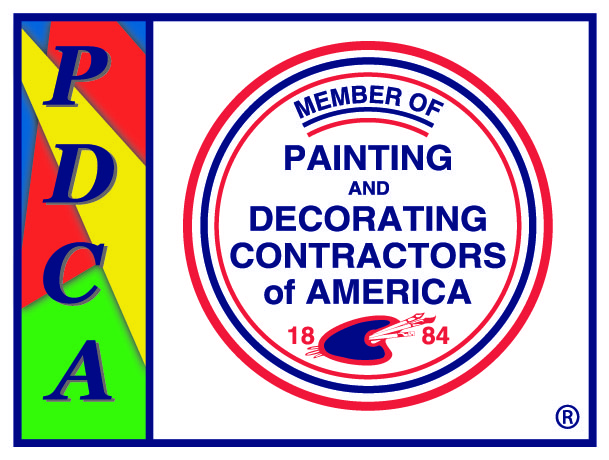